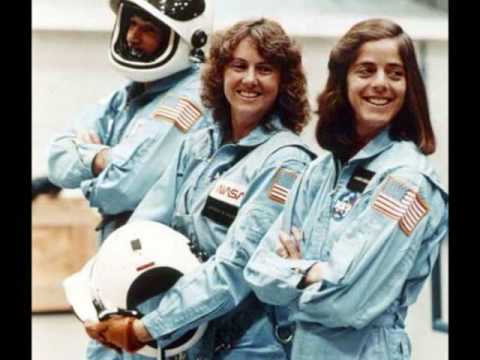 Today is the anniversary of one of the most tragic moments in the history of the United States Space Program, the space shuttle Challenger explosion. While the anniversary of the Challenger explosion causes us to pay tribute to all the astronauts that were on the ill-fated tenth voyage of the Challenger, it also gives us an opportunity to introduce our daughters to two of the most amazing SheHeroes in U.S. history, Dr. Judith A. Resnick and Christa McAuliffe.

Dr. Judith Resnick was an engineer and astronaut. In September of 1984 she made her first shuttle flight aboard the shuttle Discovery becoming the second American woman in space.  .  Resnick received a degree in engineering from Carnegie Tech University and earned a Ph.D. in electrical engineering from the University of Maryland in 1977.  She was an accomplished classical pianist.

The other famous SheHero in connection with the Challenger was Christa McAuliffe.  She was the first teacher ever selected to fly in space. She was a social studies teacher at Concord High School in Concord, New Hampshire, when she was selected by NASA from 11,000 applicants to be the first teacher in space.

We’d like to take a moment today to honor these two amazing SheHeroes and their place in history. So sit down with your own daughter and share with her your memories of that tragic day, and of the inspiring women who lost their lives that day.